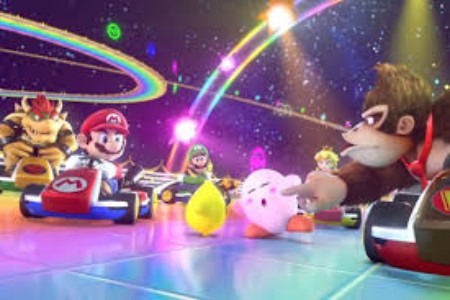 When I told some of my friends back in high school that I had joined the Baja team here at the University of Rochester, they asked me two things: who in their right mind would trust me to drive an off-road vehicle, and what does car racing have to do with engineering anyway?

Baja is an engineering club. Sure, the goal, if you will, of the club is to design, build, and compete with the best off-road vehicle against colleges across the country and world in various events. But the winners are not the teams with the best drivers. Yes. You need to know how to drive the car. You need to fly around corners at 30mph like nobody’s business. You even need to know what to do when you get stuck a foot deep in the mud (wiggle the wheel madly). But none of those things determine the winners. The best team is the one that builds the best car.

Going into Baja, I was under the impression that each team could build any car they wanted, then fight for the number one spot in a sort of Mario-Kart-In-Real-Life setting—I pictured carts shaped like giant rubber duckies, giant strollers, and maybe even a Harambe-themed vehicle. Unlike Mario-Kart, however, winning the race is not about having the hippest car; it’s about building a system designed specifically with the competition in mind. You need aerodynamics. You need a car that has the ability to turn to avoid crashing into trees. The key is that creativity is permitted, but you need to think about the implications of every decision.

That said, it’s not like the carts are all boring skeletons of steel; if you want to put flashing lights and a funky-sounding horn on it too, that’s allowed. Most of the vehicles at Midnight Mayhem, the annual midnight race in Kentucky, were covered in all kinds of psychedelic colors.

Engineering is about being creative, even when it looks like there isn’t any space left for creative thought. There’s a requirement for the type of motor you can use, a specification for the arrangement of your wheels, rules about the very materials you can build your cars out of. It seems there’s barely even room to design. But when you’re at a competition, there’s clearly a difference. Some cars move at breathtaking speed, but can barely turn. Some carts are so heavy with gearboxes and extra frame pieces that they can hardly make it up a hill.  Others—and this actually happened—look like they’re doing great until they plunge down a hill, lose traction, and do a full-frontal flip. In this competition, the team with the best engineers, not the best drivers, is the one that emerges victorious.

If you want to see pictures from Midnight Mayhem, please click here!