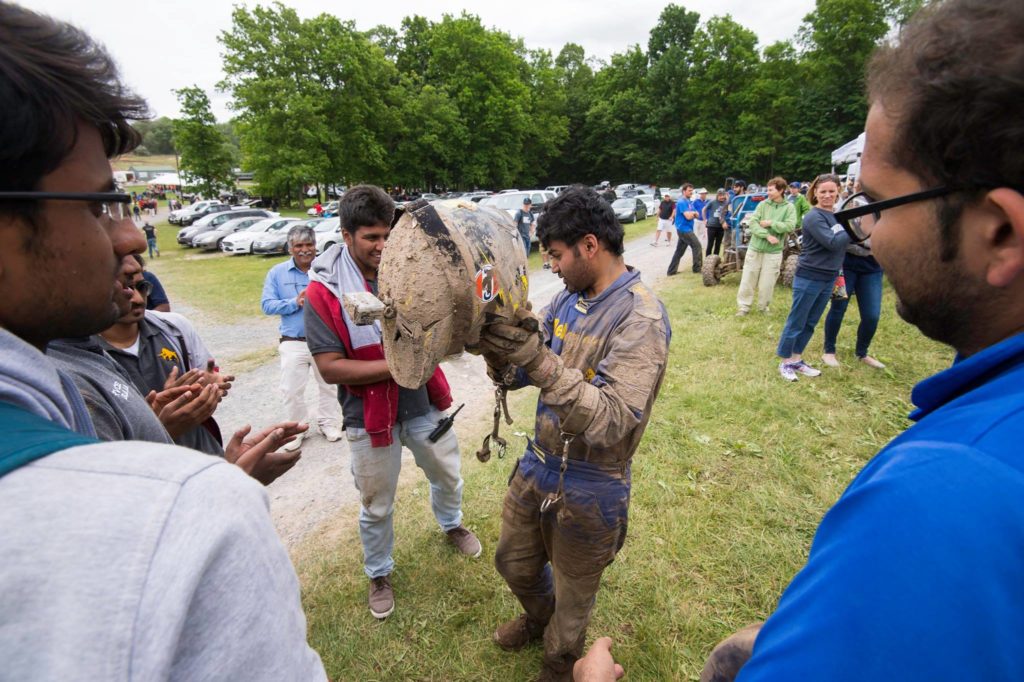 On the wake of its 10th anniversary, Team Helios Racing, the Baja team of RV College of Engineering, Bengaluru, India, decided to make its mark on the Baja world map after having an outstanding performance in the two Indian events, Baja Student India and Baja SAE India.

Soon after the decision was made to compete in Baja SAE Rochester event, one of the three international events of the Baja SAE series held in the USA, the team realized the herculean task of having their buggy sent over to the USA hassle-free and finding a place to assemble their buggy. They hired a local logistics company to aid them in their shipping efforts. Even though all the documents were handed over to the logistics company in time, the shipment arrived at the team’s host, University of Rochester a day late. This however, did not cause a lot of problems because the team had accounted for such delays from a very early stage of planning.

Nonetheless, the team got busy with assembling their buggy and for the University of Rochester’s Baja team put a considerable amount of effort to get permissions for allowing Team Helios Racing to use the fabrication studio at Rettner Hall to assemble their buggy. Both the teams were in touch and had detailed discussions regarding University of Rochester hosting Team Helios Racing from as early as January of 2016.

It was noticed by them that the Baja competitions in the US are slightly different from the ones held in India with the technical inspection being more thorough, tougher tracks and an even tougher competition. Despite some minor hiccups during the technical inspections and the race itself, Team Helios Racing performed splendidly for a debut performance in one of the fiercest competitions of Baja in the world and even took home a souvenir in the form of an award for being the second fastest buggy in the competition.

Team Helios Racing would like to thank Yellowjacket Racing and the University of Rochester for their continuous support during and after the event.